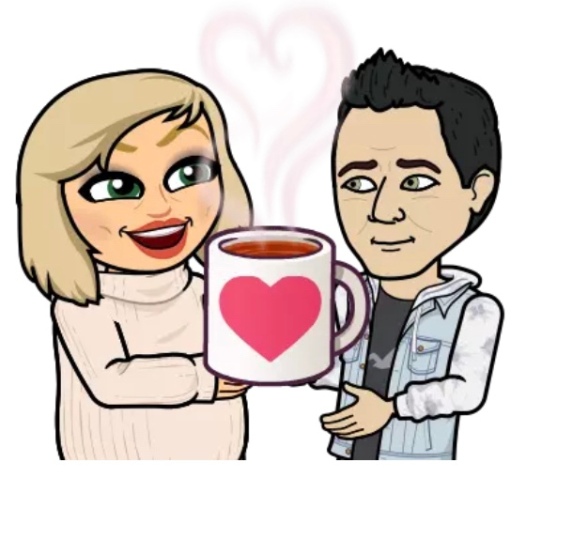 Six years ago today, I went on a first date. I don’t remember the details of the date but it must have went ok because there was a second and third. It led to a short relationship. This was a rough time for me in general.  It was the first date I had gone on since my dad passed away in January of the same year. His first name was the same as my dad’s. He was so different from anyone I had ever dated. I took all this as a sign. Maybe I needed something, someone, different than those I had dated in the past.

William truly was different than anyone I had ever dated in so many ways. He was younger than me, a lot younger. He attacked life in such a unique way. He was tall, thin, and did not look like anyone I had ever dated either. He made me happy. So happy that I invited him to go to Michigan with me for a family wedding. While there were some fun moments in Michigan including showing him Lake Huron & Lake Michigan, there were also some difficult moments. Between his nerves of meeting my entire family at one time, my emotional state of still dealing with my loss, we ending up arguing more than we should and didn’t handle them well. The drive back to Missouri was not a fun one and, while we tried, we eventually parted ways. One positive discussion that came out of our trip back was he convinced me to take a chance and take the muzzle off of Zipper. He said I had to remove the muzzle or find a new home for Bella.  He made me realize it wasn’t fair to either of them living the way they were.  They both deserved better.  I appreciated his bluntness and perspective on the situation.

We stayed in contact off and on over the years.  I always had a soft spot for him. He moved to the east coast. One day, out of the blue, he called and asked if I was home. I was. He stopped by. We talked, we laughed, Bella loved on him. I reminded him of the role he played on Bella & Zipper living together, usually peacefully.

He loved the east coast and invited me to come out to visit him. I wanted to but life got in the way. Honestly, I probably got in the way. There was a part of me, I’m sure, who thought “why go? Is there really a future?” Some of it was just the timing in general.  I was at a new job and time away wasn’t easy.

Before I could really make it happen, he moved again. This time to Florida. No matter how much of a soft spot I had, there was no way I could be with someone who doesn’t want roots and I made assumptions, such as, he doesn’t want roots, he’ll always be moving, etc.  Someone who can just pick up and move on a whim. I could never do it. Between the dogs, the horse….my love of boxes of stuff and my hatred of moving….I did not understand his choices at the time and didn’t see myself being a part of it.

So why am I sharing this story?

Back in March I went to Florida for a family trip. I was supposed to join up with my mom, along with other family members, to watch my niece Breanna march with her high school band at Walt Disney World and Universal Studios. The trip did not go as planned in many ways, more on that in another post, but I found myself with some free time in Florida without family. As I posted pictures on social media, I learned a friend from Kansas City was also at Disney with his son so I hung out with them a little but William also reached out to me. Not going to lie….because of the way we communicated and his, no, to be fair, our past, I did not put a lot of stock in our conversations. He told me he was going to be in Orlando the second day of my trip and maybe we could see each other. I said sure. We did not see each other. I chalked it up to typical way things went with us.

We continued to talk while I was there. He said he was going to try to come see me after work the night I was going to be at Universal Studios. I said sure…..and if I was being honest…..never expected to see him. Pitbull was doing a concert there the evening I was going to be there. I knew none of my family members would not want to stay for it so I planned on staying and then just catching an Uber back to the resort. There was a Mardi Gras parade before the concert so I was looking forward to a fun evening.

While we were all at dinner, William confirmed he was on his way up. Even then, because I misunderstood something he had said to me, I did not believe I would see him. I know, I know….I sound so negative but I have always been open about my belief that relationships and me don’t mix so I don’t put a lot of faith in things working out when it comes to anything to do with relationship stuff.

I’m standing along the parade route and he messaged me asking me where I was. I saw him in the crowd headed towards me and smiled. His presence always makes me smile. His high energy hasn’t changed. His exuberance for life can be exhausting sometimes but some things changed that night. The parade was fun. The Pitbull concert was amazing, he is such a great performer, especially with his passion for Florida, but that’s not what changed. It was sitting in William’s car, waiting for the traffic to clear out so we could head back to the resort. 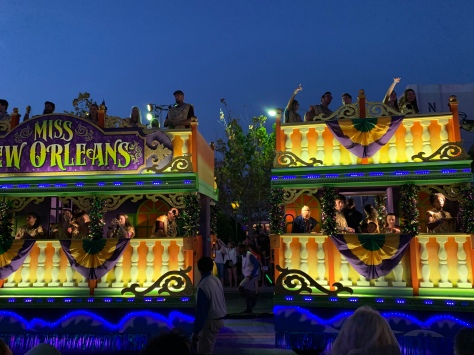 We talked. I mean we really talked. He’s in sales and he’s great at what he does, but because he’s great at it, he sometimes goes into “sales speak”. For the first time, I shared with him how difficult it is to talk to him when he does it but it wasn’t in annoyance, it was in communication. Even the drive back to the resort was filled with great communication. We talked better than we ever had. We stopped the surface chit chat and really talked. I gained a new appreciation and understanding for who he is, for how he is sometimes.

He stayed in Orlando and we spent some time at Disney Springs the next morning. It was nice just spending time with him with no schedule or agenda. I knew we didn’t have a lot of time because he had some things to do before heading back home but we enjoyed the time we did have.

Here it is, May 29th and things have changed between us. We are still talking. We have decided to see where things could go between us. We both have changed so much in the last 6 years but what hasn’t changed is the feelings we both have for each other. When we talk or spend time together, he makes me feel like I am the most important thing to him. There are a lot of things stacked against us. Our schedules are hectic, he works long days so communication is often short or via text. We are long distances away from each other, which isn’t easy, but we both are committed to trying.

Who knows what the future brings. When I mentioned to him our 6 year anniversary from our first date (no clue why I had the date saved on my calendar all these years) was coming up, he said “6 years ago, I was still figuring life out”. I laughed. I’m 44 and still figuring life out. The road to today has been filled with twists, turns, potholes, even complete roadblocks….but the destination, while still not completely clear, seems worth the journey.