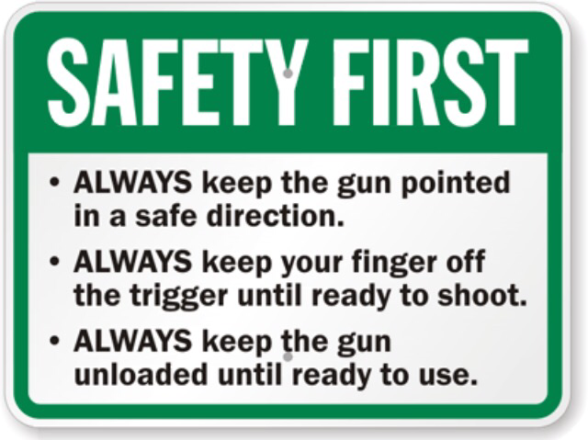 I was reading / watching an article on NBC today about a young child who killed his younger brother with a gun in his grandfather’s home.

This is a HORRIBLE story, one no parent should ever have to experience.  My heart goes out to them.  This blog isn’t about this family in particular but about all of the blame going to the gun.  Let’s get one thing straight, a gun, by itself, cannot kill someone.  You need a bullet in the chamber.  You need a way for the trigger to be pulled, usually a human but I have heard stories where an animal was too close and played with the trigger.

This story shared a lot of problems that exist in today’s world and I want to break them down a little more.

*The gun was loaded.  WHY was the gun loaded?  Even when used for protection, if the gun is not within your control, it should NOT be loaded.  You can have a bullets in the magazine and have the magazine located within a close proximity so you can grab them quickly if needed, but they should never be put together when you are not handling it, especially when there are children around. 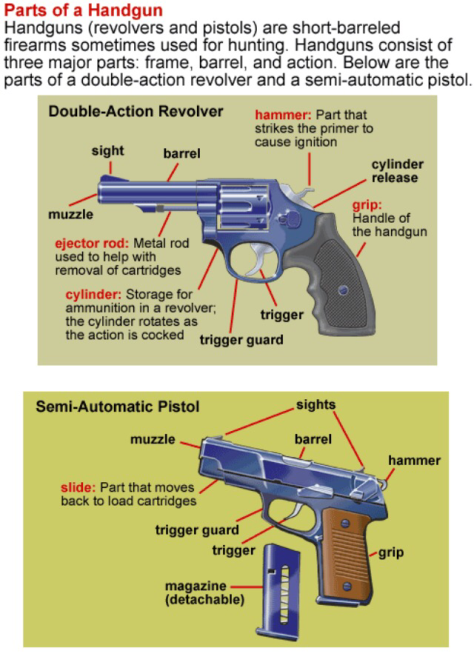 *The parents said they did not know a gun was in the house but also said they grew up with guns.  If you grew up with one or both parents owning guns, why would there be an assumption guns weren’t still in the home.  Unless your parent has changed DRASTICALLY, it is probably understood there are guns in the home.  I think the blame is on all adults for not asking / communicating correctly about weapons.

*You could open the safe easily.  Umm, then it isn’t a safe!  Don’t get me wrong, I grew up with rifles available in the home and they were not in a safe.  We knew not to touch them.  If we DID touch them, it was with permission and we were well aware it had the capabilities of taking a life, be it animal or human.  We were raised to not point the barrel at anything we were not prepared to shoot and kill.  My issue is having the false sense of security keeping a gun in a safe that is a safe in appearance only.  If you are going to use a gun safe, it better be a SAFE!

*The boys were told to not go in the room, but boys will be boys.  REALLY?!?!?  Are you kidding me?  Shame on any adult with that mentality.  How about raising your children to RESPECT boundaries and rules.  How about teaching young children about the firearm in the room.  If you aren’t willing to teach the child about the firearm and about the danger of the firearm, then PUT IT SOMEPLACE HIGH, HIDDEN, AND SAFE!!!  Better yet, if you aren’t willing to teach the child about the firearm, take it out of the house while they are in your home.  If we take the mentality, boys will be boys, then we are saying we have an expectation of boys doing just about anything.  I am willing to bet a boy can understand the concept of touching a stove means you will get burned, so they could understand the concept of a gun having the ability to harm or kill someone or something.  I don’t believe boys are the only ones capable of having an accident like this, I was focused on the “boys will be boys” comment.  It is just as easy for it to happen to a little girl as it is a boy if she is not taught about safely handling a gun.  I am a woman, I enjoy shooting.  I was a girl and I handled bb guns / rifles.

*Maybe he learned to shoot a gun from television.  You know, we have a crazy idea of wanting our television shows to be as realistic as possible.  We want the gun fight to look like a real gunfight.  We want death to look like a person really dead.  How can we expect a young child to truly understand a gun kills if they are allowed to watch these realistic shows and they see the person later on another show.  What discussions are taking place to explain television isn’t the same as real life.  It is pretend, even when it looks so real.

I don’t necessarily agree with the “rapper” comment, but the concept speaks volumes.  We have to educate instead of television being the educator.

Having discussions with children, teaching them to be respectful of adults and rules, explaining the power and danger of any type of weapon, it doesn’t have to just be a gun; it can be a knife, an ax, any weapon, are all ways to stop these situations from happening.  We started with BB Guns, we had the SAME rules for the BB Gun as we had for the other rifles.  We were never allowed to shoot at birds, animals of any kind.  The rule in our home was, “If you aim at it, be prepared to kill it, if you kill it, be prepared to eat it”  The idea was teaching us you didn’t kill just for a sport, you could shoot for sport; we shot at soup cans, blown up balloons, anything that did not have life attached to it.  We were also taught to respect hunting seasons, if you wanted to hunt, you hunted for the meat, not for the sport of hunting.  Handguns aren’t used for hunting usually, but if you instilled the same set of rules with the handguns, the number of accidental shootings would decrease drastically.

Guns, when handled responsibly and RESPECTED BY ALL, can be safe around children and adults.