We seem to love labels.  I don’t know if it’s an American thing, a world thing, but the idea of saying, “I’m just not sure, I’m still figuring it out” doesn’t seem to be used enough or accepted enough.

I had a conversation last night with a friend and we started discussing religion and family.  He has stated many times in the past he is agnostic but I have also heard him use the word “atheist” in the past.

The conversation took place because he wasn’t planning on going to church with his mom on Mother’s Day.  Now I don’t care if someone goes or doesn’t go to church, but it was his reasoning behind why he wasn’t going.  He said it was because he’s “atheist, agnostic, or whatever” (his words not mine).  You can’t really be Atheist, Agnostic, or whatever.  I called him out on his choice of words!

If he was, indeed, agnostic, going to church really would be no problem at all. Going to church with family would be no different than going to a family member’s house you don’t really care for, but you go out of respect or expectation.  As an agnostic person, you aren’t against the concept of a God, you’re just skeptical or non-committal towards the idea of God.  If this is the case, then suck it up, make your mom happy, and go to church.  It shouldn’t be an issue and you’re mom is happy.

His issue isn’t with God or even the existence of God, it is with the labels and expectations, mostly associated with organized religion.

I decided it was time for us to discuss this further and help him understand why others have difficulty respecting his stand when his stand is always changing.

I try to understand other’s points of views, even if I don’t always agree with them.  Because of this, I try to use words or terminology which will fit the person I am talking to.  If I’m talking to a Christian, I state I am a Christian, I just have difficulty with organized religion. If I’m talking to an Agnostic person, I state I most identify as a Christian but all it means is I believe in a higher spirit, just not necessarily organized religion. It is the same thing, I’m wording it for the best comprehension. 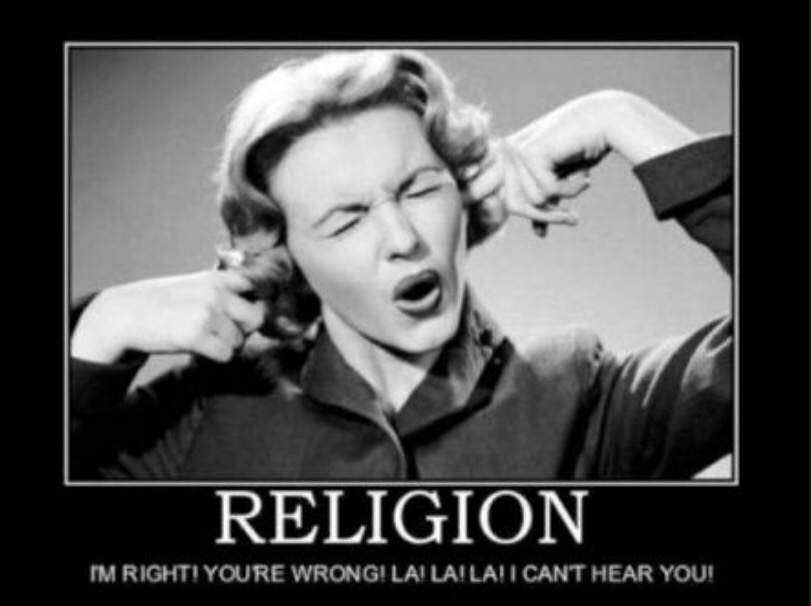 Why does anyone think their religion is better than another’s, when, in reality, it is all the same?

Imagine, if you will, going back hundreds of years and talking to a Native American about his religion. Now imagine you are a Christian determined to convert him to Christianity because you believe in it so much.  First you tell him his religion is wrong because he prays to a “spirit” to bring rain.  He is wrong because he believes in Gods and Godesses and there can be only ONE God.  You tell him all this and then proceed to tell him about YOUR God, your religion. You tell him about God, Jesus, Holy Spirit, Jaweh, King of Kings, etc….Ummm can you see how that information could make a head spin??? Tell me again what the difference is? Never mind the fact BOTH believe in an ultimate higher being. BOTH believe in human immortality and an afterlife. Just because someone puts different words to the same concept doesn’t make it wrong or give it a different meaning! When a Christian is experiencing a drought, he prays to God for rain but I sure the term “Mother Nature” has been said at one point in time, either by them or by someone they know.  Why is it so easy to accept Mother Nature but not another person’s terminology for God?

Religion isn’t easy.  It is the desire to accept something that is not felt, not touched, not seen. Then we (humans) come along and make it more difficult by wanting to wrap our beliefs, the way WE understand it, up in a pretty box and put a bow on it because we cannot accept the fact it is all the same, just summarized differently.

The next time you want to have an issue with someone else’s beliefs, take a minute, ask them to explain it, or use the Internet to get a better understanding, if it is completely different than your own, respectfully explain your belief, your understanding….but in the end, if your belief or theirs brings NO HARM or DISRESPECT to others, accept it as theirs and move on.  One is not better than the other.

When respect and acceptance of differences begin to be a norm, society will be a much better place!